Ovarian cysts are fluid-filled sacs or pockets in an ovary or on its surface. Women have two ovaries — each about the size and shape of an almond — on each side of the uterus. Eggs (ova), which develop and mature in the ovaries, are released in monthly cycles during the childbearing years.

Many women have ovarian cysts at some time. Most ovarian cysts present little or no discomfort and are harmless. The majority disappears without treatment within a few months.

However, ovarian cysts — especially those that have ruptured — can cause serious symptoms. To protect your health, get regular pelvic exams and know the symptoms that can signal a potentially serious problem.

Most cysts don’t cause symptoms and go away on their own. However, a large ovarian cyst can cause: 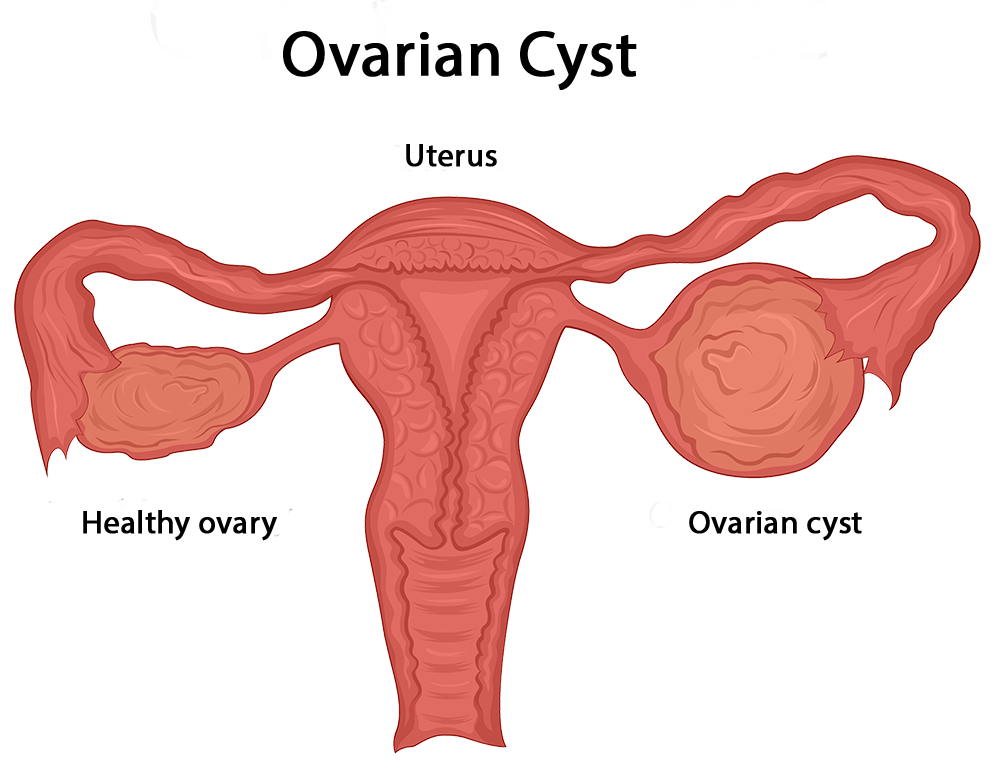 Most ovarian cysts develop as a result of your menstrual cycle (functional cysts). Other types of cysts are much less common.

Your ovaries normally grow cyst-like structures called follicles each month. Follicles produce the hormones estrogen and progesterone and release an egg when you ovulate.

Functional cysts are usually harmless, rarely cause pain, and often disappear on their own within two or three menstrual cycles.

Types of cysts not related to the normal function of your menstrual cycle include: